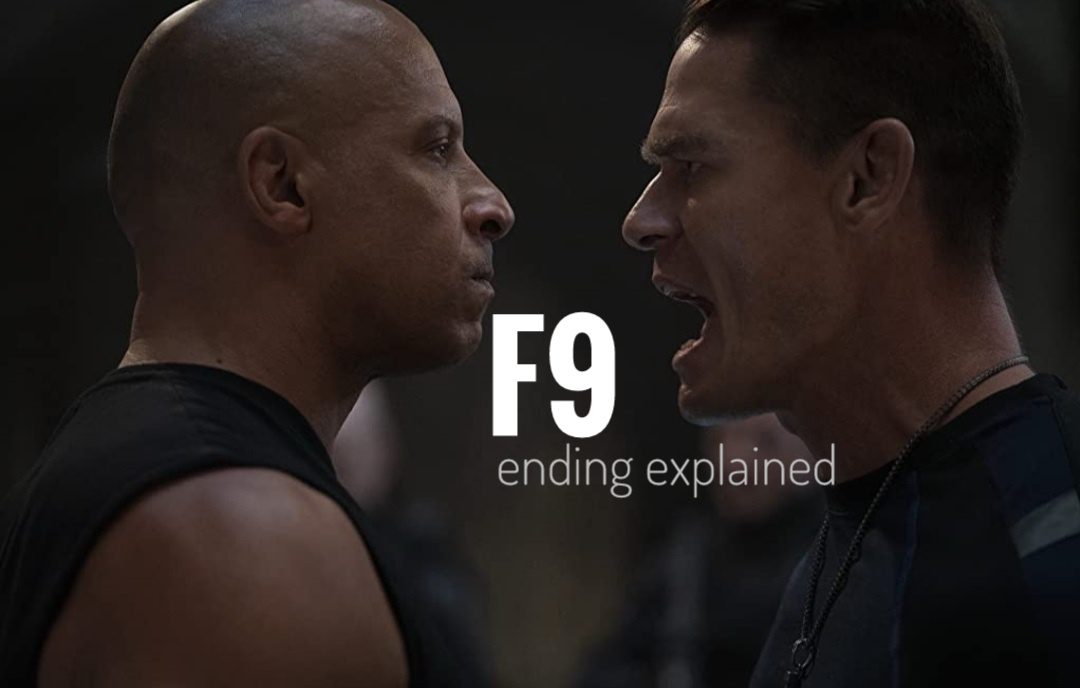 F9 tones down the action that we’ve come to expect from the Fast and Furious franchise, albeit only slightly. However, that doesn’t mean it doesn’t up the ante, it does, in several different ways. One way F9 one-ups the previous installments is the shocking reveals that it entails this time around. We are introduced to another Toretto in the form of John Cena’s Jakob Toretto. Meanwhile, an old beloved character returns to the Fast universe.

The ending of F9 builds up and makes way for future installments. Cipher is back and at the ending of F9, she is free and out to get back the crew. There is a post-credits scene that hints towards a possible scuffle between two characters we have come to love over the years. Finally, we also get a heartwarming scene related to the late Paul Walker’s character of Brian O’Connor. There are several twists and reveals that F9 throws at the audience. Let’s unravel each of them as we discuss what the ending of F9 means. Spoilers Ahead!

F9 sees the Fast and Furious family reunite with their long-lost member — Han. After he died in Tokyo Drift, Han remained a part of the Fast franchise in the prequels that followed. That was until Fast and Furious 6, where we finally caught up to the events of Tokyo Drift and saw how Han actually died. It wasn’t just an accident but a deliberate murder by Deckard Shaw, who was avenging his brother at the time. This seemingly culminated Han’s arc in the Fast and Furious movies. However, when Deckard went straight and eventually became a part of the crew, the impact of Han’s departure became sour and redundant. Fans rallied behind #JusticeForHan, urging the makers to bring their favorite character back. And that’s exactly what Justin Lin did. In fact, the director said this was one reason why he wanted to return to the franchise.

Han lives! F9 brings the constant snack-eating and car-drifting charmer back to the F&F canon. When Han reunites with the crew, he reveals how he made it out alive after that car crash. Turns out, it was Mr. Nobody that helped Han survive the car crash. Together they faked the death and Han went on to work for Mr. Nobody. His reason to hide his death from the crew was probably his dejection following Gisele’s death. After Mr. Nobody offered him a job and a mission, death was the best cover Han could have asked for. Now that Han’s back in the crew, an encounter with Shaw was inevitable. And that’s exactly what we got in the F9 post-credits scene. The post-credits scene sees Shaw inflicting blows to a literal human punching bag when the doorbell interrupts his session. And at the door is none other than Han, which reasonably surprises Shaw.

Jakob is Now Part of the Family

One of the main antagonists of F9 was none other than Dom’s biological brother, Jakob. After being disgraced by his own brother for aiding their father’s death, Jakob went his own way. Over the years, away from Dom, he became a spy of exceptional skills. Jakob went on to work with Mr. Nobody before venturing into more shady endeavors. Throughout his life, Jakob always found himself in Dom’s shadow. After his estrangement from his elder brother, all of Jakob’s world-dominating shenanigans were a way to get out of said shadows. Dom eventually becomes aware of Jakob’s involvement in the conflict.

The two brothers finally confront each other and clash. While the ultra-capable tank of a spy Jakob handled his job with great authority. However, by the end, the spoiled brat Otto has joined hands with Cipher, betraying Jakob. The ending of F9 sees Jakob coming close to his brother and the crew. He helps Dom and the crew stop Project Ares from going online. At the ending of F9, the Torreto family has a sweet little reunion and patch-up. Jakob hugs Mia and flees the scene in the car handed to him by Dom. However, this is not the last time we see the younger Toretto brother. He has escaped the country at the end of F9 and will certainly return to the family for their next mission.

Cipher is turning out to be the big overarching nemesis of our beloved Fast and Furious family. At the start of F9, Cipher was in captivation, with the candor of one who’s actually running the operations. And sure enough, by the end, Cipher takes over Otto’s mission. Convincing Otto to turn against Jakob, she hijacks their mission and makes it her own. Even after Dom and the crew manage to foil the Project Ares with the help of Jakob, Cipher relents. She pilots a drone and goes in for the kill. However, Dom being Dom saves the day by doing some perfectly reasonable physics maneuvers. The drone blows up, but not Cipher. The ending of F9 reveals that Cipher was piloting the drone remotely, from a simulator. Now that Cipher is free, she’ll surely be the main antagonist for the next Fast and Furious installment.

The ending of F9 also entails a heartwarming scene that tells us that Brian is still alive in the F&F canon. Following the tragic passing of Paul Walker’s, Fast and Furious 7 gave him a moving sendoff. His character has been in the background ever since, for obvious reasons. F9 culminates with Paul’s iconic Skyline pulling up to Dom’s old home’s driveway. The credits start rolling before Brian comes out of the car. It’ll be interesting to see what the makers do with the beloved character next.